How the City of London works 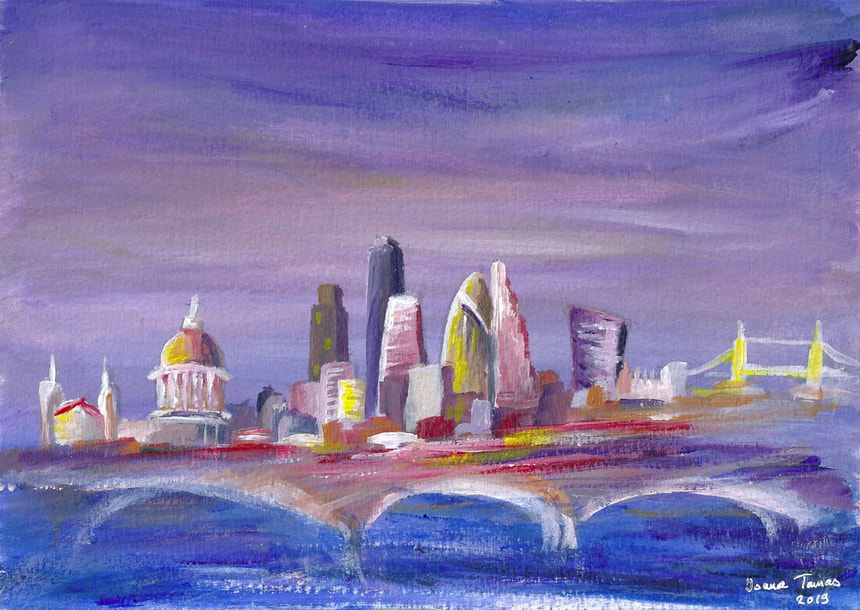 ​The City of London Corporation

The City of London Corporation is a body set up by Royal Charter which exercises the powers of a local authority.  Shorthand, it is a local authority but it is not a borough so that Greater London is made up of 32 boroughs and the City of London Corporation.  This is the governing body for the Square Mile. There are 125 elected representatives. 100 are called Common Councillors (previously Councilmen) and 25 Aldermen. They work with some 3,500 officers of the Corporation to ensure that the City is vibrant and thriving and supporting a "diverse and sustainable London  within a globally successful UK."  Full details of the City Corporation are on the website at www.cityoflondon.gov.uk

The elected members are voted for by the residents in the City. These number about 9,000 and are outnumbered by the business commuters who travel to the City every day. There are about 500,000 commuters who travel here daily. Historically all local authorities had a business vote held by sole traders and partnerships. Whilst this was abolished elsewhere in the 1960s it remained in the City as the City is so dominated by the businesses. In 2005 the business vote was extended to private and public companies and LLPs who were previously unable to vote. This had skewed the representation as the majority of businesses are clearly not owned personally (although the barristers based in the Inns of Court are all self-employed and so each has a personal vote). The businesses are assessed as to the number of employees working in the City and the number of votes allocated to the business address is calculated on a sliding scale. The business decides which individuals should be the voters and the City Corporation advises that the voters should represent the range of workers in the Company (and not simply start at the top and work down). Some businesses have a vote to determine who has a vote!  The names are entered on the electoral role annually and the individuals have a secret vote in the same way as all residents. The elections otherwise are governed by the Representation of the People Act. However they do not follow the time pattern of the rest of London. The Common Councillors are elected every 4 years and the next election is due in March 2021. There has been a tradition that they are not party political as the major political parties had informally agreed to stay out of the City. The City and the Lord Mayor benefit from the independent non-party political stance in dealing with business and government.  However over the last couple of elections a few members from the Labour Party have been elected and hold office as such. The BBC website has an interesting article from the 2017 elections. https://www.bbc.co.uk/news/uk-politics-39283177
Aldermen

The Aldermen are elected on a 6 yearly cycle and the timing of their elections depends on when each was elected and so re-elections pop up unexpectedly.  Aldermen have to retire at the age of 70 as their role had been linked to that of the Magistracy where there is a 70 year retirement age. There is no age limit for Common Councillors.  The Aldermen and Common Councillors work closely together and both make up the Court of Common Council (the ruling body). They all serve on the numerous committees that keep the City Corporation going and represent their voters when called upon. The Aldermen take on additional responsibilities to work with the Lord Mayor as ambassadors for the City and its work and are in the line of progression to be chosen as Sheriff and Lord Mayor. 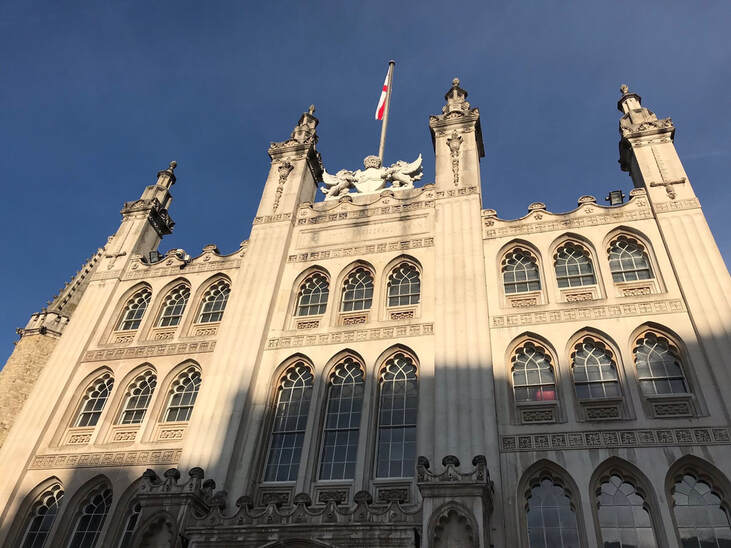 The City Corporation, as a  local authority, carries out the usual local authority roles regarding education, health, libraries, waste collection, planning and transport, housing and safeguarding children and families.  However because of the City's unique history and governance it has acquired many different roles and responsibilities. It is also the London Port Health Authority, responsible for the port health functions on the River Thames including the ports at: London Gateway, Tilbury, Thamesport, Sheerness and the London City Airport.  The City patrols the River and exercises functions regarding imported food, infectious disease and inspection of vessels and the environment. This includes managing the Animal Reception Centre at Heathrow. The City runs the three wholesale food markets at Smithfield, New Spitalfields and Billingsgate. The City owns and manages 14 green spaces in and around London including Hampstead Heath and Epping Forest. The City is the 4th largest contributor to the arts and culture and funds the Barbican Centre and the Museum of London (shared with the GLA) as well as the Guildhall School of Music and Drama. It has created the Culture Mile across the north of the City as an area that houses these great cultural institutions and is being renewed with street scape and the encouragement of new cultural businesses in the area.

The City is trustee of an ancient fund called the Bridge House Estates that is the build-up of monies donated by Londoners, initially to rebuild London Bridge in the 12th century or to pay tolls to travel over it  but now held to upkeep the five City bridges and dispersed to charities via the City Bridge Trust.  www.citybridgetrust.org  The bridges that are maintained at no cost to the public purse are Tower, London, Southwark, Blackfriars and Millennium. The City Bridge Trust provides annual grants of approximately £20 million to charities across Greater London to reduce inequality and grow more cohesive communities in a London where all can thrive.

Silent ceremony at which the new Lord Mayor is installed 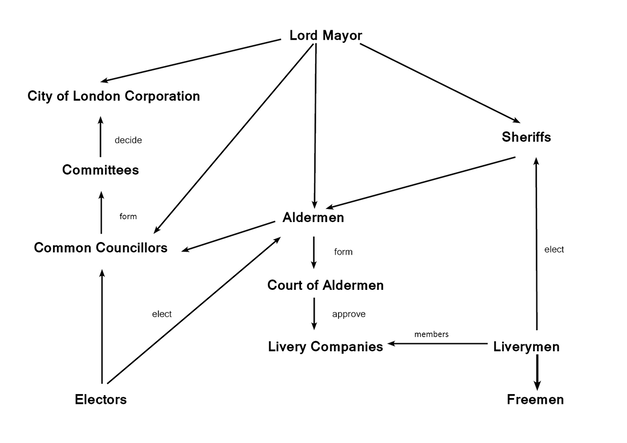 Book Launch
The City of London: WHO, WHAT, WHY?